A CAMP FOR ONE NIGHT OF NON STOP MUSIC IN THE HEART OF THE BARDENAS DESERT . MAGICAL MOMENTS AWAIT YOU IN AN EXCEPTIONAL SITE AT THE DOOR OF THE BASQUE COUNTRY AND SPAIN : 24 HOURS OF CONCERTS AND FESTIVITY , SHARING THE IMMENSITY OF THE DESERT.
TAKE YOUR CAR OR YOUR MOTORCYCLE, YOUR TENT, YOUR FOOD, YOUR DRINK, YOUR BIKE, YOUR GUITAR OR YOUR PREFERRED INSTRUMENT , A PLACE IS RESERVED FOR YOU IN AN ENVIRONMENT OF ARID AND WILD NATURE AT THE END OF THE WORLD.

The entrance will be upon presentation of this e-ticket only.

All participants must be at least 18 years old (ID required).

THE NUMBER OF PLACES IS LIMITED.

ROADMAP
FOR THE ADVENTURERS :

First of all it's an invitation to a great walk, a path
that's going to lead you to the Bardenas by taking
different trails

A big collective departure for motorcyclists on July 1st ; Because the 24H BMC and the ARD share the same values : Discovery and Sharing ! Thank you for following the ARD's instructions and fill out the registration form by clicking here.
(Do not delay, places are limited)

Go for an adventure in the Bardenas desert with a van or an RV with Wikicampers, The N°1 RV rental website. The ideal solution to head to the Bardenas Music Camp and extend your journey discovering the amazing Navarre region !
Promo (-20€) : BMC17

It's a camp ! Bring a tent, inflatable mattress (rocky soil), sleeping bag, all the necessary equipment to be self sufficient in a barren and wild place. For those who wish, you can buy now your material by clicking here.

No food or beverages sold on site.

You can cook only around the common BBQ.

ABSOLUTELY FORBIDDEN, the desert of the Bardenas is a site with a high risk of fire.

YOU ARE LIKE US CONCERNED TO PRESERVE NATURE ? YOU SHOULD LEAVE THIS PLACE AS WONDERFUL AND CLEAN AS YOU FIRST FOUND IT.

From Bordeaux Vincent Bestaven create 3 years ago Botibol. After a few very good records with his firends of Petit Fantome and the Crane Angels. Influenced by Jeff Buckley and others Elliott Smith, Botibol is truly launching his adventure with the release in February 2011 of LP Born from a shore. Today Botibol leaves the solo a little and surrounds his group of desert vikings for a special concert that smells summer, balls, glacial and hibiscus. Botibol gets all his old pals to play a special desert live. Crazy and hot !

Danielle Rizk started singing ever since she took her firts breath ! « Singing coes from the bottom of me, it cant’t be learned, it’s purely the emancipation of the soul » she says. This is how she sang on the world’s best stages, from the Shrine Auditorium in Los Angeles to the Grosvenor House in London, and especially The Blue Note in New York and Beirut. Danielle performs in 5 languages, tourning the world, suave at times with her Jazz-Cabaret band, and rebel at others, with her Rock band. For the Bardenas, she will perform a repertoire worthy of the desert.

Dual-Split is an American-French Basque synth-pop duo formed in Brooklyn in 2010. The group is composed of former TEEN drummer and backing vocalist, Maia Ibar, and her brother Baptiste Ibar (Bizi Gara) & former bassist for HERE WE GO MAGIC. The name Dual-Split is derived from their father's theory in theoretical physics illustrating the duality of human experience split between so many contradicting and entangled realities. As siblings Baptiste and Maia can easily channel into a space where their music translates their common references.

Forever Pavot is the solo project of Emile from Parisian psych/prog group Arun Tazieff. Originally intended by Emile as a low-key diversion from the band. Two sold-out singles have considerably raised Forever Pavot’s profile and a full album has been recorded for imminent release. La Rabla mixes together a Syd Barrett-esque vocal line with stunning fuzz guitar and a dream-like Gallic atmosphere. Miguel el Salam has that trademark Forever Pavot sound; beautifully constructed ‘60s psych blended with an irresistible twist of Ennio Morricone and a passing nod to contemporary bands such as Tame Impalaand Aquaserge.

Holy Bouncer is not a laboratory product. They are what they became as soon as they met at their 5 years on the school bench. Breaked on the great group influence like Pink Floyd, The Who, The Doors, ....By mixing Sounds of the ‘70s with more current things, they have managed a psychedelic rock mix that they call «Hippie Rock». A rock without too many concessions filled with surprises tinged with twists and unpredictable riffs.

London’s Hot Chip is often compared to NYC’s LCD Soundsystem (who play a special string of shows for Brooklyn Steel’s opening Apr 6–11), on account of its ability to imbue delicious disco beats with genuine heart and humor. And similar to James Murphy and his now-defunct crew, Hot Chip’s members love to drop their instruments to take over the decks. Catch their eclectic DJ set which is sure to run the dance music gamet from techno to disco.

Surfer and musician LeeAnn Curren marries the Biarritz vibe with New York indie ideals for a new kind of sound that is distinctly evolved from the old shred-affiliated jams. His father, Tom Curren, a great Californian surfer and musician,Certainly for nothing. She has now found her balance, drawing her inspiration through her iodized peregrinations. Voyages and dream experiences between two waves, in a pop Instinctive and aquatic.

Vincent Bestaven (Botibol, Little Ghost) and Peio Erramouspe (Polygorn - Elorn) form a Radiator after a life - saving session in a Basque gymnasium. Blues-tinged rock and garage, cut for the next Belharra. If nonchalance (the word polished for big wanker) is wise, it barely hides energy and melodic work.

SAMO DJ (L.I.E.S./Born Free) Co-founder of the Born Free label,Producer with Sling, father of very noticeable outings on L.I.E.S, Public Possession and under countless other mysterious projects and aliases. His productions and his refined tastes make him a peer-to-peer dj and singular that we are very happy to welcome.

Tako has been an active member of the Dutch scene for years. It is at the heart of several bubbling projects: Redlight Radio, which is none other than one of the most attractive web radios on the continent. Or again RedlightRecords Amsterdam Unclassifiable and unexpected or Music From Memory, label of Reissues which surprises and subverts with each exit.

Don’t look for the latest Zaltan 12”, there is very little chance that it gets released anytime soon : Zaltan rather puts all his energy into his mixes and in running his label, Antinote. Zaltan has been djing for more than a decade and he makes a point of honour to deliver mixes as surprising and versatile as the label he runs. If you show yourself at a party where he plays you may find yourself falling into a maelstrom of Caribbean bangers, French proto-house tracks, dark electro fantasies and god knows what else he’ll take out of his bag. 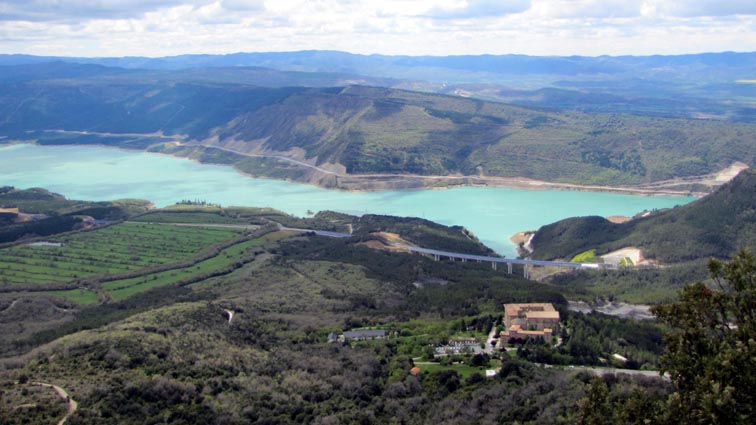